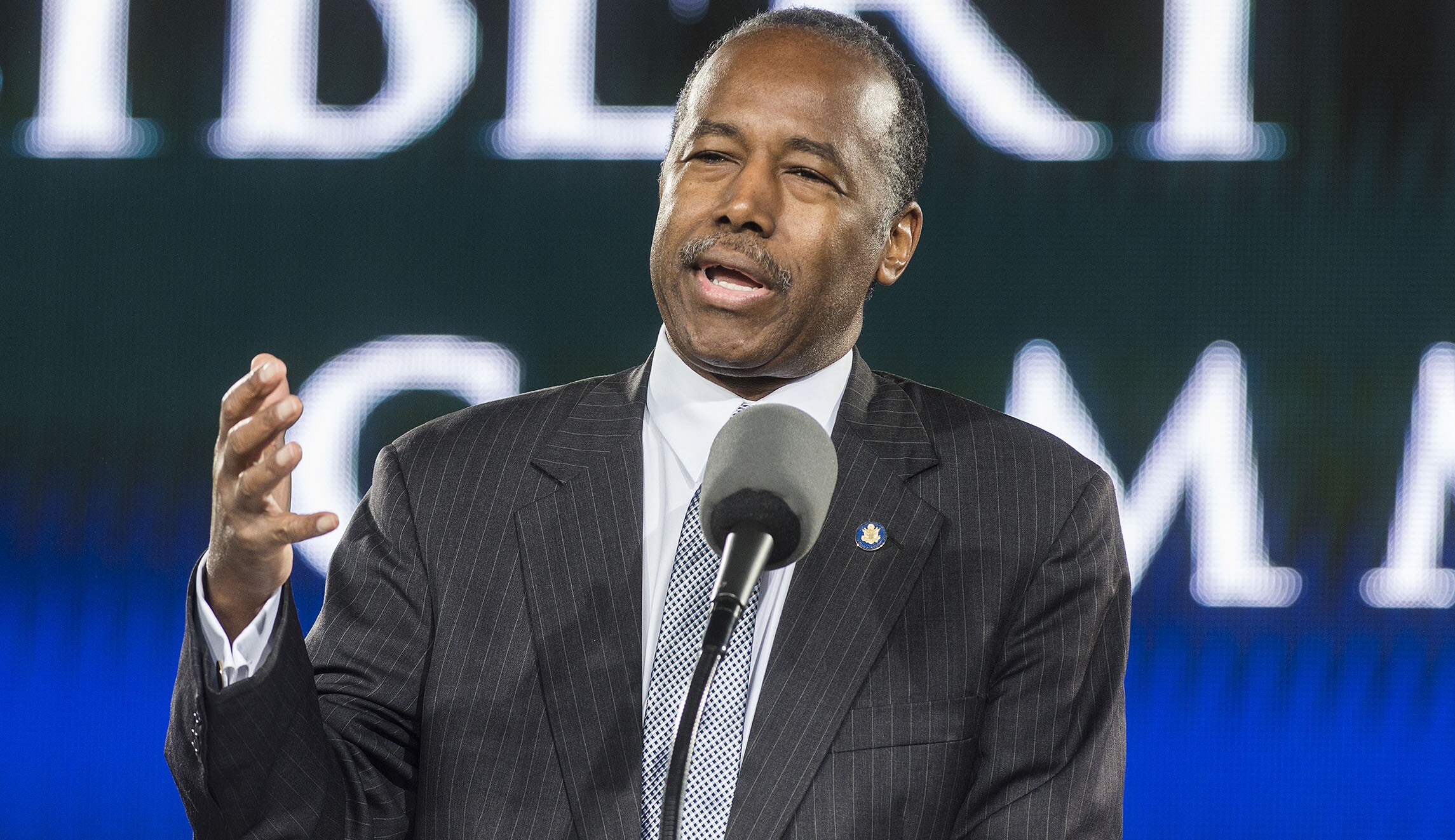 Housing and Urban Development Secretary Ben Carson has been inaccurately describing his proposals to cut housing benefits through rent increases, rigid work requirements, and de facto time limits for low income families. He has also offered an ever-changing rationale for these harmful policy changes. I’d like to set the record straight.

Carson proposes raising rents on families living in poverty from 30 percent of their adjusted income to 35 percent of their gross income. This move will not, as he claims, increase “self-sufficiency.” For households living paycheck to paycheck, an average rent increase of $117 a month means less money for groceries, medications, childcare, and other basic needs, let alone investments in their futures, including education and training. Moreover, the elimination of income deductions for childcare costs will actually make it harder for families to work.

Despite Carson’s claims that seniors and people with disabilities are protected from rent hikes, his proposal would eliminate the income deductions that seniors and people with disabilities currently take, including those for high medical expenses. Those already receiving assistance would have those rent increases phased in over six years; new senior or disabled tenants would immediately pay the higher rents. And some non-elderly or disabled households already living in severe poverty would see their rents tripled.

Carson’s claim that raising rents and imposing rigid work requirements will lead to fewer households in need of housing assistance is wrong. Today’s housing crisis is squarely rooted in the widening gap between incomes and housing costs. Out of 3,000 counties in the U.S., there are only 12 where a person working full-time at minimum wage can afford a decent one-bedroom apartment. Nationally, there is a shortage of 7.2 million homes that are affordable and available to the lowest income people; for every 100 of the lowest income renters, there are just 35 affordable homes available to them.

The vast majority of households receiving housing benefits are either elderly or disabled, provide full-time care for another family member, or are working for low wages that are not sufficient to cover their housing costs. Work requirements do not create jobs that pay high enough wages to lift families out of poverty. Instead, they threaten to cut individuals off from the very housing benefits and services that make it possible for them to find and maintain jobs.

Carson has bemoaned the “dependency” created by HUD programs. Were he instead to consider HUD’s own data, he would find that the typical household receiving HUD rental assistance leaves assisted housing after about six years. Seniors tend to stay longer, for about nine years; nonelderly families with children stay for only about four years. Roughly half of all assisted tenants leave within four to six years of first receiving assistance, and more than three quarters leave after about ten years.

Carson is right about one thing: The housing crisis is growing, and millions of the lowest-income renters are in need of housing assistance. HUD’s rental housing programs are chronically underfunded. As a result, only one in four low income households in need of assistance receives any. The rest wait years, sometimes decades hoping to win what is essentially a housing lottery. Because of this chronic under-funding of solutions, nearly 8 million extremely low income renters are paying more than half of their income on rent. They are one financial emergency (a broken down car, a missed day of work, a sick child) away from not being able to pay the rent, risking eviction and possible homelessness.

Housing assistance itself is one of the best ways to improve economic mobility. Research shows that when people have stable homes that they can afford, they are better able to find employment, achieve economic mobility, age in place, perform better in school, and maintain improved health.

If Carson’s policy goal were to help struggling families earn more and get ahead, he would call for increased investments in proven solutions, starting with more affordable housing. He would also increase funding for the successful Family Self-Sufficiency program, implement bipartisan provisions to incentivize increased earnings that were enacted in 2016, and improve HUD’s Section 3 program, which ensures jobs created through HUD funding go first to residents of its programs or other low income people in their communities.

Instead, in his recent budget proposal, Carson proposed decimating funding for many housing programs, including those that provide rental assistance to low income people, and eliminating others, like those that repair long-neglected public housing or build and preserve rental units for those with the lowest incomes.

ust months after enacting its tax bill, this administration pivoted to attempts to take limited benefits for healthcare, food, and housing away from struggling families. So the true rationale behind Carson’s attempts to raise rents and cut housing benefits for the lowest income people, it seems, is a shameful one: to pay for massive tax cuts for the wealthiest people and corporations.

Diane Yentel is president and CEO of the National Low Income Housing Coalition.